The story of IIT Cracking Dalit boy's is not an exception, It is all-India Scenerio

जून 24, 2015
Two brothers in a village in the Pratapgarh district of Uttar Pradesh were stoned, just one incident in a series of attacks on them. Their crime? They are Dalits, and had passed the examinations for the Indian Institute of Technology. This was not acceptable to the upper-caste villagers. 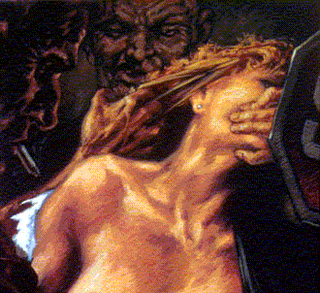 The brothers, Raju and Brijesh Saroj, are sons of a daily wage labourer living in Rehua Lalganj village. Intelligent and committed, the boys 18 and 19 years respectively, spent their years studying hard, topping school examinations and getting scholarships. They have faced harassment, violence, abuse for this with Brajesh at the age of 10 being thrashed by a school teacher for daring to question his Sanskrit translation.
Despite this both boys have dreams. Brijesh wants to join the civil services, his brother the MBA. The family lives in two tiny rooms. They do not have the money to pay for the IIT education, but various politicians including Rahul Gandhi and state Chief Minister have come forward to meet this expenditure. At least so they say at the moment. India continues to maltreat and discriminate against Dalits, atrocities against whom have again risen over the past few years according to reports. Incidents take up about a paragraph in the newspapers, and very occasionally are highlighted. Even so little has been done to alleviate the apartheid like conditions in which Dalits are compelled to live with untouchability still rampant.

Here are some incident that will prove the inhuman condition of dalits in our country.
In fact, violence against Dalits has been on the rise. According to data released by the National Confederation of Dalit Organisations, a total of 3,198 cases related to atrocities on dalits have been registered between 2004 and 2013 as against 1,305 from 1994 to 2003.
Most cases still go unreported, with Dalits who continue to live in the outskirts of villages, drawing water from different wells and praying in separate temples fearing reprisal attacks.