जून 16, 2015
A study on discrimination in urban housing rental preferences, to be published in a forthcoming issue of Economic and Political Weekly, shows high levels of exclusion of Dalits and Muslims in the five metropolitan areas of NCR.

The team of researchers, led by Prof S K Thorat, chairman of the Indian Council of Social Science Research, and comprising scholars such as Anuradha Banerjee, Vinod K Mishra and Firdaus Rizvi, covered attempts to get houses on rent in Delhi, Faridabad, Ghaziabad, Gurgaon and Noida between January and March 2012. 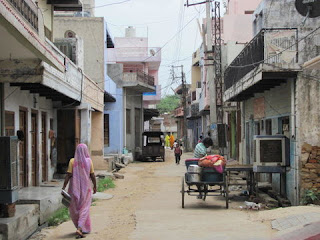 The methodologies included contacting the “home-providers” via telephone or meeting them face to face. In both the methodologies, the home-seekers had the same credentials but for their names that indicated their caste and religion.

The telephonic audit had a total of 1,469 home-seekers, 493 each bearing upper-caste Hindu, Dalits and Muslim names. While not one of the 493 high-caste home-seekers received a negative response, about 18 per cent of Dalits and 31 per cent of Muslims faced outright rejection, found the study. Together those receiving either a negative response or a positive one with conditions attached worked out to 41 per cent in the case of Dalits, and around 66 per cent for Muslims.

“This indicates a clear case of market failure,” says Thorat, “where even prosperity does not allow you to buy your way out of discrimination… The studies do reveal that Muslims are even worse off than Dalits as far as the rental housing market goes.”

“Non-monetary motive often prevails among landlords renting out houses,” says the study, which chose Delhi for the research as it is often considered amongst the most migrant-friendly and cosmopolitan cities in India.

While the broad results were categorized as positive and negative, positive was further broken down into differential demands.