Ordinance to snatch land of tribals

On May 26, 2015, the Odisha government had promulgated this ordinance. It was claimed that it will check illegal encroachment and grabbing of land owned by the government, local urban and rural bodies, public institutions, Bhoodan Yagna Samiti and religious or charitable institutions.

Under this ordinance, land grabbing has been made a cognizable offence with criminal liability and provision of imprisonment for one to seven years, besides financial penalty. 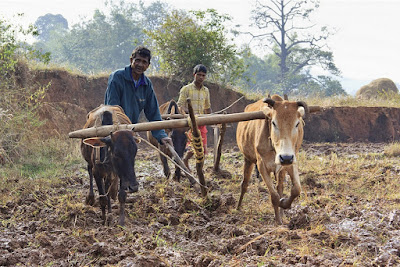 The ordinance proposes special court for speedy trial to dispose cases within six months. The Odisha government is planning to come up with a Bill to replace the ordinance in the coming monsoon session of the State assembly. As per claims of the State revenue department, in June last year 45,000 acres of land had been encroached by groups or individuals in Odisha.

But the AIKMS feels this ordinance will be detrimental to the life and livelihood of urban slum dwellers, tribals and dalits living in remote areas.

Through a statement, this peasants’ organisation said that it will have far-reaching implications on the poor landless who are sustaining their livelihood through encroachment on small patches of government land for generations. Tribals living in forest areas of Odisha have not yet received legal entitlement over land they are cultivating, said central committee member of AIKMS B.C. Sarangi.

According to him, poor citizens face constant threat of eviction, and since in most parts of the Scheduled Areas tribals depend on forest and other revenue land for which they do not have patta , it will have serious implications on tribal land ownership in the Scheduled Areas.

There is every possibility that the said Ordinance will be misused for their eviction from their place of dwelling and livelihood, he added. People living in urban slums are also to be affected by this ordinance, alleged AIKMS.

The peasants’ organisation also criticised the government for ignoring the role of panchayati raj and local urban bodies in this ordinance. It felt the State government should come up with specific restrictions to restrict land grab by influential persons and corporate entities in Schedule Areas.

The AIKMS demanded the State government to repeal this ordinance which it felt is not only against the Land Reform Act of Odisha government, but also denies land rights to lakhs of landless poor. It has decided to lead a mass movement against this ordinance in Odisha.