जून 29, 2015
Fear has gripped Dalit families living in Achalpura village under Gaisabad police station of Damoh district after the upper-caste community in the village allegedly beat them up, ransacked their houses and ordered them to leave the village.
Senior administrative and police officials reached the village and convened a meeting of both sides. The police confirmed the clash saying the reason was an old enmity which has so far taken the lives of three people, the most recent victim being murdered in Gurgaon.
According to the police, there was longstanding enmity between a Lodhi and Dalit family in the village, and tensions escalated after a Lodhi family member was murdered. 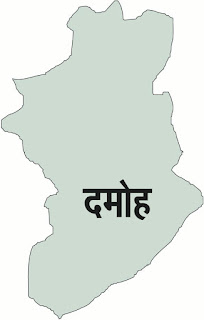 After the incident, Lodhis began targeting Dalit families in the village. Several families were beaten up and their houses ransacked by the Lodhi community on the nights of Thursday and Friday.
Following the spurt in incidents of targeted violence, many people from the Dalit community have left the village.
On Friday, some members of the Lodhi community were booked under relevant sections of the IPC and Prevention of Atrocities Act.
Damoh superintendent of police Sidharth Bahuguna said the Damoh collector, DIG and other officials had reached the village and counselled both sides after the violence escalated.
As a precautionary measure, a police force has been deployed in the village and search for the remaining accused continues.